On March 31, U.S. District Court Judge Tanya Chutkan dissmissed the lawsuit Level the Playing Field v Federal Election Commission. Here is the 42-page opinion. The case had been filed in 2015. The opinion says that the Federal Election Commission was not “arbitrary or capricious” when it determined that the Commission on Presidential Debates is not violating federal campaign finance law. Here is an April 1 press release from the FEC.

The White House on April 17, 2019 in Washington, D.C. Photo: Drew Angerer/Getty Images Dear House Democrats, You told us to be patient. You told us to be cautious. You told us to wait for Robert Mueller. Well, the time for waiting is over. And the moment for impeachment hearings has arrived. Forget the mendacious Attorney General William Barr, and his repeated — and repeatedly dishonest — attempts to summarize and spin the special counsel’s report…

2019-04-19  Comments Off on Dear Democrats: Mueller Just Handed You a Road Map for Impeachment. Follow It. The Intercept

Matt Taibbi’s (previously) latest Rolling Stone column traces the long history of rich Democrat donors and the officials whom they fund attacking progressive candidates, showing how the same playbook used to attack Dennis Kucinich in 2003 is now being rolled out to attack Bernie Sanders and Elizabeth Warren (I am a donor to both the Sanders and Warren campaigns). The wealthy and their captured lawmakers smear anyone who offers a progressive alternative as a “spoiler”…

2019-04-18  Comments Off on Wealthy Dems and their backers hate Bernie (and Warren) for the same reason they hated Kucinich: he wants to tax the rich Boing Boing 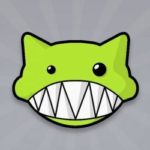 As one of the oldest torrent communities, the Demonoid tracker has gone through many ups and downs over the years. The site has disappeared for months, more than once, but always reappeared. Early last year things were looking quite positive for the site. Founder and operator ‘Deimos’ was committed to rebuilding the site back to the thriving community it once was, but at the end of the summer new problems emerged. Initially, there were some…

Last week, fans of cool astronomical phenomena (read: almost everyone) rejoiced as an international team of scientists released the first ever image of a black hole. For the astrophysicists, software engineers, philosophers, and mathematicians who worked on the Event Horizon Telescope that captured the image, the announcement was an unprecedented milestone. Their excitement was perhaps best embodied by a photo of one computer scientist on the Event Horizon Telescope team, Katie Bouman, who hid her…

A handful of Motel 6 owners and operators suddenly decided the best use of their guest info was as fodder for law enforcement agencies. In Connecticut, a Motel 6 just decided to start faxing its guest list over to the local cop shop every night. After this questionable practice was made public, the PD announced it never asked for this info and was going to route it right into the shredder going forward. Other Motel…

Hours after the ejection of Julian Assange from the London Ecuadorean embassy last week, police officers in Ecuador detained the Swedish citizen and open source developer Ola Bini. They seized him as he prepared to travel from his home in Quito to Japan, claiming that he was attempting to flee the country in the wake of Assange’s arrest. Bini had, in fact, booked the vacation long ago, and had publicly mentioned it on his twitter… 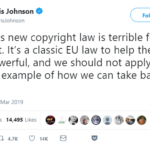 As was widely expected, the EU Council (made up of representatives of the EU member states) has officially rubber stamped the EU Copyright Directive that the EU Parliament passed a few weeks back. There had been some talk of various countries, such as Sweden, Germany and the UK possibly changing their vote. Sweden, in the end, actually did do so, but to stop the Directive, it was necessary for the UK or Germany to do… 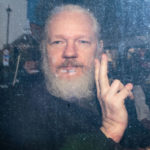 WASHINGTON—In the wake of the WikiLeaks founder’s arrest by British authorities on behalf of the U.S. for charges stemming from the publication of classified military documents in 2010, members of the American media condemned Julian Assange Friday for the reckless exposure of how they could be spending their time. “We…Read more…

Adapting to climate change can seem uncomfortably close to copping out. After all, building higher seawalls to prevent a climate change-charged hurricane from inundating a city doesn’t do a thing to reduce carbon emissions. Moreover the local officials who push through climate resiliency projects might not even care whether humans cause climate change or not. When streets are flooding or basement sewer pipes are backing up, adaptation isn’t hard to sell. But a new proposal…

2019-04-13  Comments Off on Could floating cities be the answer to rising sea levels? Bulletin of the Atomic Scientists recent issues

In this, The Year of Our Diplopoda, Two Thousand and Nineteen, I just noticed that the rules that govern mushroom growth in Millipede are literally Conway’s Life.The Archer looked out beyond the horizon. He knew only too well the revengeful signs of his father. “I beseech thee to turn back your rage from the netherworld and stop this onslaught.” As if in laughing response, the ground below him began to tremble. And the day ended…

Listen up bitches, it’s time to learn incorrect things about someone you’ve never heard of:I do know this, though: anyone reading who knows anything significant about either Victorian pseudoscience or the life of Charlotte Brontë is very annoyed right now, because all this is so obvious to them, has been covered in so many workshops and seminars, torn apart and examined and understood, and here I am laying it on the table like it’s news… 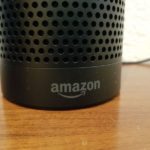 Enlarge (credit: Smith Collection/Gado/Getty Images) Most of the time, when you talk to an Amazon Echo device, only Amazon’s voice-recognition software is listening. But sometimes, Bloomberg reports, a copy of the audio is sent to a human reviewer at one of several Amazon offices around the world. The human listens to the audio clip, transcribes it, and adds annotations to help Amazon’s algorithms get better. “We take the security and privacy of our customers’ personal… 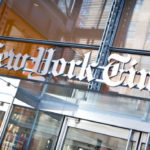 By reducing the maximum penalty for a misdemeanor by one day, lawmakers reduced the harm of an unfair federal immigration law Utah is known for its red rock canyons, steep ski slopes, and a mega-majority Republican legislature. And now it can be recognized as one of just a handful of states to pass legislation that helps noncitizens avoid deportation if they are convicted of a misdemeanor. The bill, which was signed into law by Gov.… 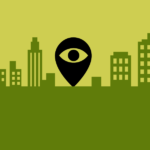 The Los Angeles Department of Transportation (LADOT) is about to make a bad privacy situation worse, and it’s urgent that Los Angeles residents contact their city council representatives today to demand they put the brakes on LADOT’s irresponsible data collection. The agency plans to scoop up trip data on every single e-bike and scooter ride taken within the city and, left unchecked, it will do so in the absence of responsible and transparent policies to… 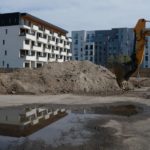 A public vote on expropriating the big landlords offers Berliners a chance to push down soaring rents. New apartment buildings stand next to a construction site in the eastern part of the city on April 15, 2018 in Berlin, Germany. Sean Gallup / Getty On April 6, tens of thousands of Berliners will demonstrate against soaring rents. With 85 percent of the German capital’s residents renting their homes, protests against real estate speculation and rising…