Raster CRT Typography (According to DEC)The time it takes for the phosphor to become fully activated is actually longer than the pulse representing the timing to draw a single pixel (40 nanoseconds). Meaning, if we were to attempt to display just a single pixel, the phosphor on this particular spot will never reach its full activation level resulting in a fuzzy image of varying brightnesses between dimmer, thin strokes and heavier, thick strokes. So the… 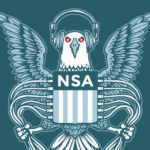 A federal court’s ruling earlier this week has blunted a key provision of the surveillance reform law that required the government to be more transparent about legal decisions made by the United States secret surveillance court. After Edward Snowden revealed the government’s ongoing mass collection of Americans’ telephone phone records in 2013, Congress responded by passing the USA Freedom Act in 2015. In addition to limiting the NSA’s surveillance authority, Congress also clearly intended to…

“Surveillance capitalism, run as the code for everyday life, erases both free will and free markets.” 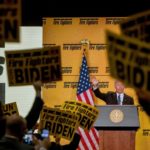 Former Vice President Joe Biden waves after speaking at the International Association of Firefighters on Capitol Hill in Washington, D.C., on March 12, 2019. Photo: Andrew Harnik/AP “The definition of insanity,” Einstein didn’t say, “is doing the same thing over and over again, but expecting different results.” Have the Democrats gone mad? Are they really planning on putting up the same type of candidate against Donald Trump in 2020 that they put up against him…

2019-03-22  Comments Off on Joe Biden Is Hillary Clinton 2.0 — Democrats Would Be Mad to Nominate Him The Intercept 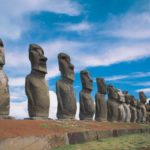 Enlarge / Moai statues in a row, Ahu Tongariki, Easter Island, Chile. (credit: De Agostini Picture Library/Getty Images) Chile’s Easter Island (Rapa Nui) is famous for its giant monumental statues, called moai, built by early inhabitants some 800 years ago. The islanders likely chose the statues’ locations based on the availability of fresh water sources, according to a recent paper in PLOS One. Scholars have puzzled over the moai on Easter Island for decades, pondering…

Anyone who’s used the US Court system’s PACER system has complained about it. Some of those complaints have formed the basis of lawsuits. The multitude of complaints has moved legislators to make periodic runs at eliminating PACER’s paywall. So far, PACER — which looks and feels like it’s still 2001 — has managed to outlast these efforts. The only change over the last nineteen years has been an increase in access fees. Many have complained,…

Star Trek’s original series and TNG were shot on film, allowing them to be rescanned for high-definition broadcast. Star Trek: Deep Space 9, however, was shot on video at standard definition: there’s no further detail to recover for HD broadcasts. Machine learning to the rescue! CaptRobau writes: I will go into greater detail about my process in a future blog post, but it took me about two days to get everything extracted, upscaled and put…

Last year, mathematician and professional optical illusionist [Kokichi Sugihara] came up with an arrow that only points one way. Technically, it’s ‘anomalous mirror symmetry’, but if you print this arrow and look at it juuuussst right, it appears this arrow only points one way. [Ali] had the idea to turn this arrow illusion into something motorized, and for that he turned to 3D printing. The models for the illusion arrows were already available, but there… 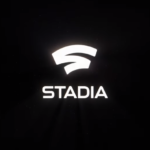 Rich Whitehouse is a video game preservationist and a veteran programmer in the video game industry. This story was originally published on Whitehouse’s website. Yesterday, Google announced Stadia, a video game streaming and development platform that leverages the tech giant’s data centers around the world to let users play high-end video games on practically any screen, with no need for a console or PC. We still don’t know what Stadia will cost users, what games… 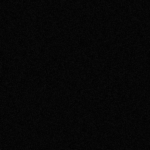 We’re into the final days before members of the European Parliament vote on the Copyright and the Digital Single Market Directive, home of the censoring Article 13, and the anti-news Article 11. Europeans are still urging their MEPs to vote down these articles (if you haven’t already, call now, and stepping up the visibility of their complaints in this final week. Take Action Stop Article 13 The first salvo drawing attention to the damage the…

Six Vermont representatives have introduced HB 444. It provides for ranked choice voting for all non-presidential primaries, and also in general elections for Congress. Thanks to Mike Drucker for this news. … Continue reading →

It’s been a few years since my reprap’s journey began, and I think it has reached the conclusion, before a total overhaul and replacement of the frame (3.0?).

I replaced the 45° rear frame brackets with slightly better ones (used a bit off-label — I’m just bolting the frame part to a table) that mount to where I had originally intended the supports to go, decided to see if the hype was real and swapped my worn out three year old belts for real, live Gates GT2 belts, replaced the original y-axis mounts that made it impossible to remove the y-axis without getting under the printer with metal brackets that are accessible from the top, and swapped the y-axis parts for the Wilson II y-axis.

This resulted in some slight improvements in print quality (mainly in y, since the original belt was really worn out and there was a ton of backlash… not helped by my super misaligned belt line), but nothing major. Worth the effort if only for the y-axis not being awkwardly mounted and impossible to remove, and the control board being in a better position.

At this point it’s clear that the 2020 frame is too flimsy for a printer of this size… as such, I’m planning to design a new frame inspired by the Prusa i3 MK3 Bear Frame Rebuild, but in openscad instead of a proprietary cad program that doesn’t run on GNU/Linux (still debating continuing hacking on the pre-MK2 community version of the Prusa i3 or just re-forking the mainline Prusa i3 MK3).

A quick and probably meaningless rough history of changes to the machine, that I want to expand into a page on my actual website eventually (more naval gazing?): 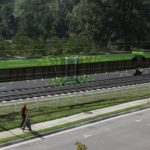 DURHAM, N.C.—The Durham-Orange Light Rail Transit project, or DOLRT, is a planned 17.7-mile line linking Durham and Chapel Hill, North Carolina. The plan is two decades in the making—born of an ambitious 1990s scheme to stitch the state’s booming Research Triangle region together via rail.Since then, DOLRT has consumed more than $130 million in public money. In 2011 and 2012, voters in Durham and Orange counties approved half-cent sales taxes to fund transportation improvements, including…

2019-03-14  Comments Off on Thanks to Duke, Durham’s Light Rail Dream Is All But Dead CityLab | All Articles 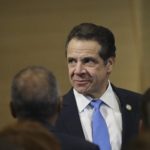 Democrats and progressive groups across the state of New York are pushing back hard against an effort to ban fusion voting, a system that allows multiple parties to nominate the same candidate. The assault, according to those on the receiving end, is being driven by Gov. Andrew Cuomo’s ongoing hostility toward the Working Families Party, which has been a primary beneficiary of fusion voting in the state. A majority of Democrats in the state Senate,…

2019-03-04  Comments Off on The Working Families Party Helped Democrats Regain Power in New York. Now Democrats Are Trying to Kill It. The Intercept

Introduction When I first got involved in managing a Postgres database, I was quickly introduced to the need for replication. My first project was to get our databases up on Slony, which was the hot new replication technology, replacing our clunky DRBD setup and allowing near-realtime read-only copies of the database. Of course, with time and scale, Slony had a hard time keeping up with the write traffic, especially since it ultimately suffered from write…

2019-03-04  Comments Off on Richard Yen: I Fought the WAL, and the WAL Won: Why hot_standby_feedback can be Misleading Planet PostgreSQL 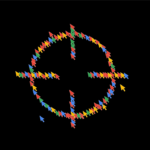 Following months of protests from its employees, Google announced last summer that it would not renew its contract with the military on Project Maven, an initiative to use artificial intelligence to improve the targeting and surveillance capabilities of drones on the battlefield. In an email sent this week by Kent Walker, Google’s senior vice president for global affairs, the Silicon Valley giant appeared to hedge on its commitment to fully cut ties with the drone initiative. In an… 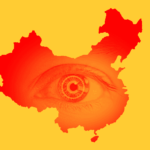 Earlier this month, security researcher Victor Gevers found and disclosed an exposed database live-tracking the locations of about 2.6 million residents of Xinjiang, China, offering a window into what a digital surveillance state looks like in the 21st century. Xinjiang is China’s largest province, and home to China’s Uighurs, a Turkic minority group. Here, the Chinese government has implemented a testbed police state where an estimated 1 million individuals from these minority groups have been…