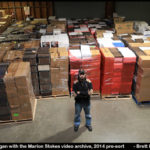 On November 4, 1979 Marion Stokes began systematically video taping television news and continued for more than 33 years, until the day she died. The Internet Archive is now home to the unique 71k+ video cassette collection and is endeavoring to help make sure it is digitized and made available online to everyone, forever, for free. Ms. Stokes was a fiercely private African American social justice champion, librarian, political radical, TV producer, feminist, Apple Computer… 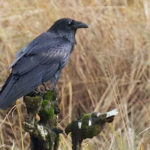 Enlarge / Does he look happy or sad to you? (credit: US Fish and Wildlife) As social creatures, we subconsciously match moods with those around us—and not just when a cranky supervisor darkens your day (Editor’s Note: Is it something I said?). The scientific term for the spread of feelings is “emotional contagion,” a term that may feel particularly appropriate when it comes to grumpiness. But as is so often the case with human psychology,… 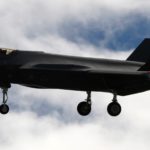 The Senate Armed Services Committee advanced a major defense spending bill in a closed session this week, agreeing to the Trump administration’s $750 billion request and raising U.S. defense spending to levels not seen since the height of the Iraq War. If it passes the House and Senate, the bill would authorize the second major defense spending increase in two years. Last year, despite initial objections to President Donald Trump’s proposed budget hikes, the House…

On May 22, the New York State Democratic Party endorsed the idea of easing the time limits on voters who want to switch parties.  The current law requires voters to have been a member of a party for 190 days before a primary, if they want to vote in that party’s primary (unless the voter wasn’t registered to vote). The party recommends that the legislature change the law so that voters can switch parties up…

I have completed the draft version of the Postgres 12 release notes. Consisting of 186 items, this release makes big advances in partitioning, query optimization, and index performance. Many long-awaited features, like REINDEX CONCURRENTLY, multi-variate most-frequent-value statistics, and common table expression inlining, are included in this release. The release notes will be continually updated until the final release, which is expected in September or October of this year.

We create, develop, document and collaborate as users of Free and Open Source Software (FOSS) from around the globe, usually by working remotely on the Internet. However, human beings have many millennia of evolution that makes us predisposed to communicate most effectively via in-person interaction. We don’t just rely on the content of communication, but its manner of expression, the body language of the communicator, and thousands of different non-verbal cues and subtle communication mechanisms.…

The simultaneous release of the final season of Game of Thrones and Avengers: Endgame has wrought upon this. . . 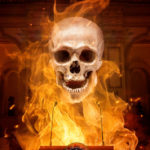 My ancient (but still perfectly reliable and awesome) LaserJet 6MP has had a problem for a yearish now… one of the clips that keep the rear exit tray closed finally fatigued and snapped. Replacement bits are expensive enough that it’s not really worth replacing, and it’s not feasible to repair in place. Problem is, the rear tray needs to be closed for paper to feed to the exit tray on the top, and if it’s not quite closed, paper just tangles itself in the rollers and causes a nice little jam. So I’ve had a stack of DVDs jammed between the printer and my subwoofer on the same shelf this entire time…

Finally got fed up with this arrangement and used my other printer to make clips to keep the tray closed. Not very exciting, but hey… better living through technology. 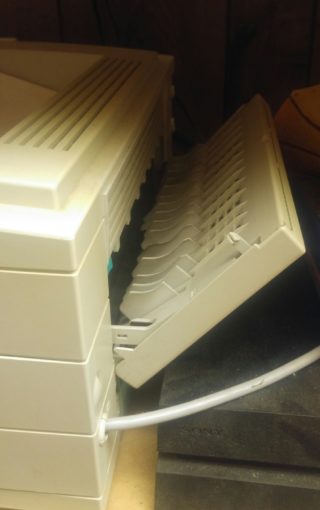 Clips broke a while ago, I’ve been shoving DVDs behind it to keep it closed. 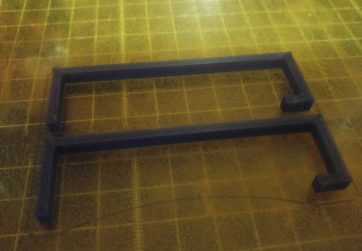 A few measurements and a tiny bit of openscad later… 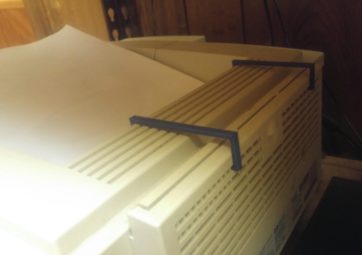 … no more need to shove things behind the printer 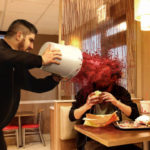 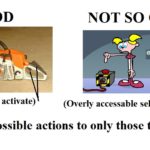 What is ‘Human Centered Design’ and Why Should Engineers Care?… Not long ago my friend and I had a chuckle at the expensive of a coworker who liked to use fancy words like ‘affordance’ and ‘signifiers’ in conversation to describe what we would just call a handle. I later realized the joke was on us after […]

Did you just open Firefox only to find all of your extensions disabled and/or otherwise not working? You’re not alone, and it’s nothing you did. Reports are pouring in of a glitch that has spontaneously disabled effectively all Firefox extensions. Each extension is now being listed as a “legacy” extension, alongside a warning that it “could not be verified for use in Firefox and has been disabled”. A ticket submitted to Mozilla’s Bugzilla bug tracker…

People who run their own mail servers are increasingly finding that the mail they send to Gmail users is being rejected, because the company’s anti-spam algorithm treats small, independently managed mail-servers as high-risk mail sources. And since Gmail users never receive the blocked messages, it can be impossible to convey to them that they’re missing some messages. This happened to me last month and Ken Snider, our awesome sysadmin, was somehow able to fix it,…