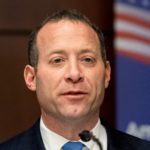 On Thursday, House Speaker Nancy Pelosi, boxed in by the Senate and centrist Democrats in her caucus, caved to Republicans on an emergency border funding bill. The Senate bill was put on the floor after New Jersey Rep. Josh Gottheimer, a Democrat and co-chair of the Problem Solvers Caucus, told House leaders he had the votes to scuttle a House version that mandated improved conditions for detained migrant children. Gottheimer’s attempted power play was first reported by…

Not a particularly sweet ending to the week Health implant maker MedTronic is recalling some of its insulin pumps following the discovery of security vulnerabilities in the equipment that can be exploited over the air to hijack them.…

A federal judge has ruled that litigation can go forward to determine whether Section 1201 of the Digital Millennium Copyright Act violates the First Amendment as applied. EFF brought this litigation on behalf of security researcher Matt Green, technologist bunnie Huang, and bunnie’s company Alphamax, in order to vindicate the right to speak, learn, and innovate despite this overly-broad and harmful law. Originally passed to combat infringement, the sweeping language of Section 1201 allowed courts…

Lower courts should make clear, as the Supreme Court does, that we don’t forfeit our Fourth Amendment rights by operating a laptop, car, or cellphone. This month marks a year since the Supreme Court issued its landmark privacy decision in Carpenter v. United States, ruling that the government must get a warrant before accessing a person’s sensitive cellphone location data.Carpenter, which the ACLU argued before the Supreme Court, concerned information revealing where Timothy Carpenter had…

2019-06-29  Comments Off on The Supreme Court’s Most Consequential Ruling for Privacy in the Digital Age, One Year In American Civil Liberties Union 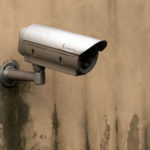 Somerville, Massachusetts just became the second U.S. city to ban the use of facial recognition in public space. The “Face Surveillance Full Ban Ordinance,” which passed through Somerville’s City Council on Thursday night, forbids any “department, agency, bureau, and/or subordinate division of the City of Somerville” from using facial recognition software in public spaces. The ordinance passed Somerville’s Legislative Matters Committee on earlier this week. The ordinance defines facial surveillance as “an automated or semi-automated…

2019-06-28  Comments Off on A Second U.S. City Has Banned Facial Recognition Motherboard

Meanwhile, staff face cuts – and doesnotexist.com may not exist by next year Oracle is sharpening its ax for the Dyn networking biz it acquired in 2016, with plans to slash jobs and switch off services.…

2019-06-26  Comments Off on RIP Dyn Dynamic DNS :'( Oracle to end Dyn-asty by axing freshly gobbled services, shoving customers into its cloud The Register 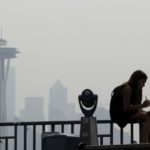 At times over the past two summers, Seattle experienced some of the worst air quality in the world. With wildfires breaking out in British Columbia, Oregon, and California, the city was hit by smoke from nearly every direction. It caused increased air pollution for 24 days, and on a few occasions, the air was so bad it was considered “unhealthy for all.”Seattle Mayor Jenny Durkan and her colleagues are grappling with the possibility that this… 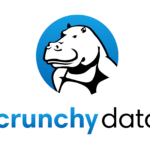 Recently I gave a “deep dive” talk on the topic of PostgreSQL security, and I wanted to capture one part of that content into a blog since this format is both better for making that content stand on its own and for expanding on it a bit. Specifically, in this two-part blog, we will cover a PostgreSQL extension that I wrote called crunchy_check_access — the motivation behind it and what it does — and then…

If you move as a hardware hacker through the sometimes surprisingly similar world of artists, craftspeople, designers, blacksmiths, and even architects, there’s one piece of work that you will see time and time again as an object that exerts a curious fascination. It seems that designing and building a chair is a rite of passage, and not just a simple chair, but in many cases an interesting chair. An American-made Windsor chair from the turn…

2019-06-26  Comments Off on You’re Sitting On an Engineering Masterpiece: Chairs as a Design Challenge Hackaday

Vintage parts may be documented, but that doesn’t mean they’re particularly useful or accessible. If the phrase “eyestrain from unsearchable, badly-scanned PDF datasheets” makes your lower eyelid twitch in sympathy, read on. While [Bald Engineer] was researching how he might make a portable Apple II, he was delighted to find that the vintage components he needed to examine were documented. However, he became frustrated with the seemingly endless number of poor quality PDF scans and…

2019-06-26  Comments Off on Bit Preserve: A Sanctuary For Modern Captures Of Vintage Schematics Hackaday


I was very excited on June 19th to hear that the Maine legislature had passed LD 1083, which would have finally implemented ranked voting for Presidential elections. But then thanks to some technicality the Senate had to pass it a second time, failed to do so, and adjourned for the session. So close, yet infinitely far away.

I’ve been waiting for ranked voting for at least the Presidential vote since I was fifteen (Ralph Nader, Indecision 2000, and an excellent American Government teacher all happened in the same year and ruined me), and it’s maddening how something so sensible is perpetually impossible to implement.

Imagine being able to vote for the party you really want to win with a middling mainstream candidate as your backup: instead of having to weigh how many people will never speak to you again because you voted "wrong", and violating everything you believe in so the slightly less shitty party can win (and the all-knowing politicos then using the lack of third party votes as self-fulfilling proof that no one supports major political change).

I’m hoping once one state successfully uses ranked voting for a general election it’ll spread to the rest quickly—it feels like shutting down the bullshit argument that voters are too stupid to count to three or four is the last significant propaganda barrier to breach. But it looks like we’re gonna have to wait at least another Presidential election cycle to prove the naysayers wrong :-\

On the afternoon of June 19, the Maine House passed LD 1083, which had been passed by the Senate earlier in the day.  It provides for ranked choice voting for president, in primaries and also in the general election.  But, … Continue reading → 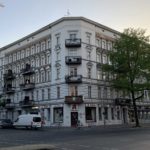 Berlin is set to ban almost all rent increases for the next five years.The Berlin senate on Tuesday voted in favor of what could be the most radical rental laws anywhere in Europe. The decision, which awaits final ratification by the same assembly members in October, is the most drastic step yet in a city that has already gone further than most in its attempts to keep rents affordable.But while those efforts enjoy fairly broad…

If for some reason I were to acknowledge the inevitability of encroaching middle age and abandon the hardware hacker community for the more sedate world of historical recreation, I know exactly which band of enthusiasts I’d join and what period I would specialise in. Not for me the lure of a stately home in Regency England or the Royal court of Tudor London despite the really cool outfits, instead I would head directly for the… 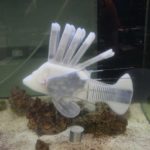 Enlarge (credit: James Pikul) Lots of experimental robots involve a little bit of cheating. Rather than containing all the necessary electronics and energy sources, they have tethers and wires that provide power and control without weighing the robot down or taking up too much internal space. This is especially true for soft-bodied robots, which typically pump air or fluids to drive their motion. Having to incorporate a power source, pumps, and a reservoir of gas…

On the afternoon of June 19, the Maine House passed LD 1083, which had been passed by the Senate earlier in the day.  It provides for ranked choice voting for president, in primaries and also in the general election. That bill needs to be considered in tandem with LD 1626, which had passed earlier, and which provides that there will be a March 2020 presidential primary in Maine.  Neither bill has been signed yet by…

Watch Rasputin sing like, uh, Beyonce, Einstein natter away… Videos  Remember that artificially intelligent software that could transform lifeless still images, such as portrait paintings, into moving heads? Well, you can now take a single photo or picture of someone and animate it to make them say specific words and sentences, using AI algorithms.… 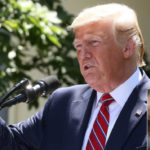 WASHINGTON—Blasting the Middle Eastern nation for the brutal assault on the Olympic figure skater, President Donald Trump claimed Tuesday that Iran was behind the infamous 1994 attack on Nancy Kerrigan. “It is because of the crazed actions of the Ayatollah that a world-class athlete was cut down in her prime,” said…Read more…

Pick your metaphor: Slo-mo video of imminent car crash. Two cats circling, back fur up and claws ready. A tail vigorously wagging its growling dog (to distract from possible impeachment). Given recent events, any reasonable response to the current state of US-Iranian relations almost has to include a good measure of foreboding. The latest of those events is ominous, indeed, with Iran announcing on Monday that it would exceed the limits on its enriched uranium…

2019-06-18  Comments Off on US-Iran standoff: almost too worrisome for words Bulletin of the Atomic Scientists recent issues
Older Entries