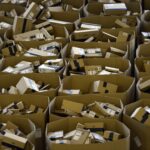 On January 25, hundreds of workers at an Amazon warehouse in Chicago were presented with a baffling choice: sign up for a ten-and-a-half-hour graveyard shift, or lose your job. Management informed workers that their warehouse, known as DCH1, would be shut down, and they were being offered a shift that runs from 1:20am to 11:50am, which is known as “megacycle,” at a new Chicago warehouse.  DCH1 has been the target of protests, walkouts, and petitions…

Google and Alibaba playing catchup Sixty five per cent of all the money customers spent globally on infrastructure clouds in Q4 went into the pocket of AWS, Microsoft, Google and Alibaba, according to the latest research by analyst house Canalys.…

For years now, fact-checking has been wielded by mainstream journalists against Bernie Sanders’s left agenda. Case in point: Jeff Bezos’s newspaper’s recent attacks on Sanders for telling the truth about how the Republican tax cuts benefited the rich like Bezos. Amazon CEO Jeff Bezos, owner of the Washington Post, in National Harbor, Maryland, 2018. (Alex Wong / Getty Images) Jeff Bezos this week announced that he is stepping down from his job running Amazon in…

Amazing work from Ian Hanschen, who uploaded a vast collection of PNG-formatted bitmap fonts to Github. From gigantic demoscene monstrosities to the finest body-text pixel fonts, it’s all in. (more, more, via Hacker News) My collection of bitmap fonts pulled from various demoscene archives over the years. — Read the rest

Ranked choice voting (RCV) is gaining momentum across the country as a staggering number of state legislatures are considering reforming their local and statewide election methods. So far, 30 RCV bills have already been proposed across the country. With bipartisan support for these reforms, there is a unique ability to make future changes to the current U.S. election system. Many proposed bills seek to implement RCV, with legislators and their constituents coming together to demand…

The right to peaceful assembly is enshrined in the Bill of Rights because it is critically important. Indeed, research has shown that peaceful protests and nonviolent tactics are the most effective tools in making social change, even including overthrowing dictators. To date, 43 states have considered and 26 have enacted some type of anti-protest law. Such laws are often clearly targeted and certain kinds of protest, such as those that were enacted in Kentucky, Louisiana,…

2021-02-04  Comments Off on No More Anti-Protest Laws CounterPunch.org

If you’re accused of a crime, you have a right to examine and challenge the evidence used against you. In an important victory, an appeals court in New Jersey agreed with EFF and the ACLU of NJ that a defendant is entitled to see the source code of software that’s used to generate evidence against them. The case of New Jersey v. Pickett involves complex DNA analysis using TrueAllele software. The software analyzed a DNA… 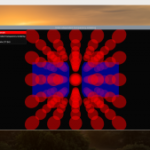 So some months have passed since our last update, when we announced that v3dv became Vulkan 1.0 conformant. The main reason for not publishing so many posts is that we saw the 1.0 checkpoint as a good moment to hold on adding new big features, and focus on improving the codebase (refactor, clean-ups, etc.) and the already existing features. For the latter we did a lot of work on performance. That alone would deserve a… 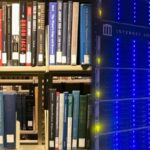 The Internet Archive has reached a new milestone: 2 million. That’s how many modern books are now in its lending collection—available free to the public to borrow at any time, even from home. “We are going strong,” said Chris Freeland, a librarian at the Internet Archive and director of the Open Libraries program. “We are making books available that people need access to online, and our patrons are really invested. We are doing a library’s…

On February 2, New York city used ranked choice voting to fill the vacancy in the city council, 24th district. There were eight candidates on the ballot. However, one candidate, James Gennaro, polled almost 60% of the first-choice votes, so … Continue reading →

The U.S. Supreme Court will consider whether to hear Kopitke v Bell, 20-897, at its February 19 conference. This is the challenge to the North Carolina petition deadline for independent presidential candidates, which was moved to March 3 in 2018. … Continue reading → 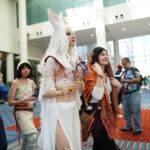 After more than25 years of bringing together anime fans in the DC area and beyond, the future of seminal anime and comic book convention Otakon is in jeopardy because of COVID-19. Today, anime is as mainstream as it gets. We live in a world where acclaimed and extremely popular rapper Megan Thee Stallion raps about watching anime while getting eaten out, and even collaborated with Crunchyroll, a streaming service dedicated to anime, on a clothing…

2021-02-04  Comments Off on Anime Conventions Changed Culture Forever. COVID Could End Them Motherboard