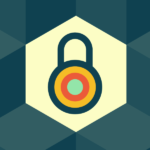 A very weak consumer data privacy bill is sailing through the Virginia legislature with backing from Microsoft and Amazon, which have both testified in support of the bill. The bill, SB 1392 and its companion HB 2307, are based on a Washington privacy law backed by tech giants that has threatened for two years to lower the bar for state privacy bills. If you’re a Virginia resident who cares about privacy, please submit a comment to the House Committee on Technology, Communications, and Innovation before it meets on Monday, Feb. 15.
EFF has long advocated for strong privacy legislation. Consumer privacy has been a growing priority for legislatures across the country since California in 2018 passed the…

Martin Gugino spent nearly a month in hospital after a Buffalo cop pushed him over, cracked his head on the pavement and left him to bleed there with a fractured skull. Though charged after the incident, officers Robert McCabe and Aaron Torgalski are off the hook: the charges have now been dropped. — Read the rest

A US appeals court has ruled that Customs and Border Protection agents can conduct in-depth searches of phones and laptops, overturning an earlier legal victory for civil liberties groups. First Circuit Judge Sandra Lynch declared that both basic and “advanced” searches, which include reviewing and copying data without a warrant, fall within “permissible constitutional grounds” at the American border.

Lynch ruled against a group of US citizens and residents objecting to invasive searches of their electronic devices. The group includes Sidd Bikkannavar, a NASA scientist who was detained and pressured to unlock a secure government-issued phone.

Enlarge / NASA originally studied nuclear thermal propulsion in the 1960s. Here is concept art for the Nuclear Energy for Rocket Vehicle Applications (NERVA) program. (credit: NASA)
Getting humans to Mars and back is rather hard. Insanely difficult, in fact. Many challenges confront NASA and other would-be Mars pioneers when planning missions to the red planet, but chief among them is the amount of propellant needed.
During the Apollo program 50 years ago, humans went to the Moon using chemical propulsion, which is to say rocket engines that burned liquid oxygen and hydrogen in a combustion chamber. This has its advantages, such as giving NASA the ability to start and stop an engine quickly, and the technology…

On February 12, the Federal Election Commission filed this brief with the U.S. Supreme Court in Level the Playing Field v FEC, 20-649. This is the lawsuit over who can be included in general election presidential debates. … Continue reading →