The corporate media has focused on Biden’s promise to overturn many of former-President Trump’s policies. But Biden pledged throughout his campaign to make “no substantial change” — and his foreign policy appointments show he meant that. Despite the media talk of justice, new policy and diversity, behind the scenes the same old U.S. militarist policies are being reinforced through Biden’s cabinet choices and their direct ties to industry-funded think tanks and military contractors.  Biden’s cabinet… 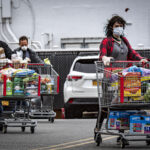 The on-demand grocery delivery service Dumpling, which advertises itself as an “ethical” alternative to Instacart, had a lot going for it this summer: a rapidly growing base of loyal couriers; a worker-controlled pay model; glowing press coverage at a time when other gig economy companies faced worker-led strikes and protests against exploitative tipping policies and poverty wages.  “We’re the personal and ethical alternative to big name grocery delivery services,” Dumpling posted on Facebook in May… 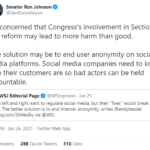 There’s an idea that pops up every so often among people who are upset about misinformation online but don’t actually understand the realities of online communities and the dynamics of how it all works: it’s the idea that “anonymity” is the root cause of many of the internet’s problems. We’ve spent years debunking this, though it’s been nearly a decade since there was a previous focus on this issue — and it’s now coming back.…

2021-02-02  Comments Off on No, Getting Rid Of Anonymity Will Not Fix Social Media; It Will Cause More Problems Techdirt.

A few days ago, a friend asked if I’d ever heard of the “Digital Creators Coalition,” an apparently new group that claimed to be representing independent artists. I was unfamiliar with it, and its website provided basically no information about who was actually behind it, beyond this vague statement on its “who we are” page: The Digital Creators Coalition (DCC) is a group of associations, companies and organizations that represent individual creators, independent producers, small-and-medium-size…

There is growing support for strike action as Mayor Lori Lightfoot, with the backing of the Biden administration, prepares to retaliate against educators if the Chicago Teachers Union fails to get them back in schools.

Yesterday, The New York Times reported that The Lincoln Project (Republican anti-Trump group) co-founder, John Weaver, 61, has been accused by 21 young men of unsolicited online sexual messages over the years. One was only 14-years-old when Weaver first sent him messages, asking the boy about his body. — Read the rest

Adding Serial API, Web NFC support, richer human interface device support Google has released a beta of Chrome 89, adding further hardware interaction APIs even though Mozilla and Apple consider many of these features harmful, as well as introducing a desktop-sharing API for Windows and Chrome OS.…

2021-02-02  Comments Off on Chrome 89 beta: Google presses on with ‘advanced hardware interactions’ that Mozilla, Apple see as harmful The Register