Enlarge / No, those donut tracks aren’t mine, officer. (credit: NASA/JPL-Caltech/MSSS)
The Perseverance rover landed in Mars’ Jezero Crater largely because of extensive evidence that the crater once hosted a lake, meaning the presence of liquid water that might once have hosted Martian life. And the landing was a success, placing the rover at the edge of a structure that appeared to be a river delta where the nearby highlands drained into the crater.
But a summary of the first year of data from the rover, published in three different papers being released today, suggests that Perseverance has yet to stumble across any evidence of a watery paradise. Instead, all indications are that water… 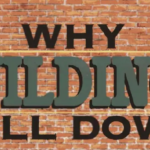 People with long commutes usually come up with tricks to stay focused and alert and avoid the dangerous tendency to zone out during the drive. One trick I used to use was keeping mental track of the various construction projects I’d pass by on my way to work, noticing which piers on a new highway overpass were nearing completion, or watching steelworkers put together the complex rebar endoskeletons of a new stretch of roadway.
One project I loved to watch back in the 80s was a new high-rise going in right next to the highway, which fascinated me because of the construction method. Rather than putting together a steel frame, laying out decking, and covering each floor…

To save the children, we must destroy everything. That’s the reality of the EARN IT Act. I mean, you can get some sort of sense of what you’re in store for just by reading the actual words behind the extremely labored acronym: Eliminating Abuse and Rampant Neglect of Interactive Technologies Act. Whew. It’s a mouthful. And, given the name, it seems like this would be Congress putting funding towards supporting moderation efforts that target abusive content.
But it’s nothing like that. It’s all about punishing tech companies for the acts of their users. Like FOSTA before it, the bill has zero interest in actually targeting the creators and distributors of illegal content, like child sexual abuse…