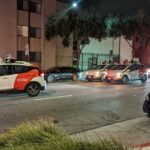 Cruise’s driverless cars continue to stop in the middle of SF’s streets for extended periods of time, often in groups, blocking traffic until they can be remotely restarted or manually retrieved by Cruise staff. Over the past week, there were at least four such incidents.The City’s letter to NHTSA provides specific data on these incidents. Between May 29 and Sept. 5 of this year, 28 incidents of stopped Cruise cars blocking traffic were reported to 911. The City identified an additional 20 such incidents reported on social media over that time period, which does not include the events of the past week. The City estimates that these figures represent “a fraction of actual travel lane road…

Everyone’s got a hunger for data. Constitutional rights sometimes prevent those with a hunger from serving themselves. But when they’ve got third parties on top of third parties, all Fourth Amendment bets are off. Data brokers are getting rich selling government agencies the data they want at low, low prices, repackaging information gathered from other third parties into tasty packages that give US government agencies the data they want with the plausible deniability they need.
Relying on the third-party doctrine that mostly ignores the Fourth Amendment and the public claims of data brokers that the massive amount of data being hawked to willing buyers cannot, in and of itself, positively ID anyone, federal agencies are amassing haystacks…

2022-09-30  Comments Off on Techdirt. – Defense Department Latest To Be Caught Hoovering Up Internet Data Via Private Contractors

Every four years, the United Nations’ International Telecommunication Union (ITU) stages a Plenipotentiary Conference at which member states decide how the organization will steer the development of communications technologies.…

Every four years, the United Nations’ International Telecommunications Union (ITU) stages a Plenipotentiary Conference at which member states decide how the organization will steer the development of communications technologies.… 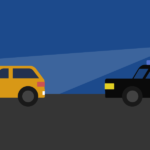 Over the last decade, a vast number of law enforcement agencies around the country have adopted a mass surveillance technology that uses cameras to track the vehicles of every driver on the road, with little thought or respect given to the ways this technology might be abused. Now, in the wake of the U.S. Supreme Court’s Dobbs ruling, that technology may soon be turned against people seeking abortions, the people who support them, and the workers who provide reproductive healthcare.
We’re talking about automated license plate readers (ALPRs). These are camera systems that capture license plate numbers and upload the times, dates, and locations where the plates were seen to massive searchable databases. Sometimes these scans…

Update, 10:30: If this is an indication of the quality of the images we should expect over the next several days, we’re in for a treat.

ATLAS observations of the DART spacecraft impact at Didymos! pic.twitter.com/26IKwB9VSo

About 24 hours prior to its collision, NASA’s Double Asteroid Redirect Test (DART) probe performed its last course correction based on commands sent by ground controllers. “It’s pointed to within a football field of the central body,” said Bobby Braun of the Johns Hopkins Applied Physics Lab (APL). “That last maneuver was spot-on.”

Enlarge / A second-generation Epyc server chip from AMD, one that may have been running 2002-era Linux code slowing it down. (credit: Getty Images)
AMD has come a long way since 2002, but the Linux kernel still treats modern Threadrippers like Athlon-era systems—at least in one potentially lag-inducing respect.
AMD engineer Prateek Nayak recently submitted a patch to Linux’s processor idle drivers that would “skip dummy wait for processors based on the Zen microarchitecture.” When ACPI support was added to the Linux kernel in 2002—written by Andy Grover, committed by Linus Torvalds—it included a “dummy wait op.” The system essentially read data with no purpose other than delaying the next instruction until the CPU could…

The CHERI
architecture is the product of a research program to extend common
CPU architectures in a way that prevents many types of memory-related bugs (and
vulnerabilities). At the 2022 GNU Tools Cauldron,
Alex Coplan and Szabolcs Nagy described the work that has been done to
bring GCC and the GNU C Library (glibc) to this architecture. CHERI is a fundamentally
different approach to how memory is accessed, and supporting it properly is anything
but a trivial task.

Since 18th century and pre-Constitution America, libraries have been a public space, a central repository where books could be borrowed, read and returned—a long defended democratic ideal of the public library. But new challenges like book bans and lawsuits against libraries threaten that historic role. Join Brewster Kahle for a discussion about the future of libraries at The Commonwealth Club of California, October 6 @ 5:30pm PT. Public Library Lending: An Endangered Core Value of American Democracy?October 6 @ 5:30pm PTThe Commonwealth Club of California110 The Embarcadero, Toni Rembe Rock AuditoriumRegister now for the in-person event (virtual attendance available)
The post Public Library Lending: An Endangered Core Value of American Democracy? appeared first on Internet Archive…

Enlarge (credit: Jetta Productions)
If you went to high school in the US, you may recall early morning extracurriculars, sleeping through first period algebra, or bleary-eyed late-night study sessions (as opposed to other wide-awake “study sessions” we told our parents we were having). As an adult, you might wonder if there’s a better time to explore Shakespeare than at 8 am, or expand a Taylor series right after you collapsed into your chair, half-asleep from your sunrise bus ride.
As it turns out, early school start times for US high schools are built on a shaky scientific foundation, as journalist and parent Lisa Lewis lays out in her new book, The Sleep-Deprived Teen. She…

2022-09-25  Comments Off on Ars Technica – Were your teen years exhausting? School schedules may be why

One can only imagine the crew’s screams of pain when they discovered that a clerical error had robbed ‘Night of the Living Dead’ of its copyright protections.
George A. Romero’s masterpiece opened in 1968 to audiences largely unprepared for its genius. If anything, movie distributor Walter Reade Organization was even more unprepared.
The company’s failure to file for a new copyright after the movie ditched its original title ‘Night of the Flesh Eaters’ was the reason that Night of the Living Dead (NOLD) was quickly pushed into the public domain.
History has since shown us that due to the subsequent effect on the greater good, no suffering was in vain. NOLD inspired a whole genre of horror that…

San Francisco police are now set to use non-city-owned video cameras for real-time surveillance under a rule approved by the Board of Supervisors.…

Enlarge / A selection of Stable Diffusion images with a strikeout through them. (credit: Ars Technica)
Getty Images has banned the sale of AI generative artwork created using image synthesis models such as Stable Diffusion, DALL-E 2, and Midjourney through its service, The Verge reports.
To clarify the new policy, The Verge spoke with Getty Images CEO Craig Peters. “There are real concerns with respect to the copyright of outputs from these models and unaddressed rights issues with respect to the imagery, the image metadata and those individuals contained within the imagery,” Peters told the publication. Getty Images is a large repository of stock and archival photographs and illustrations, often used by publications (such…

Enlarge / An artist’s conception of DART’s electronics in the last moments before they suffer catastrophic failure. (credit: NASA)
This coming Monday, NASA will broadcast its first attempt to modify the orbit of an asteroid, a capability that will be essential if we detect an asteroid that poses a threat of colliding with Earth. The planetary defense effort is focused on a craft called DART, for Double Asteroid Redirection Test, which will target a small asteroid called Dimorphos that orbits the larger 65803 Didymos, forming a binary system. If all goes according to plan, DART will direct itself to a head-on collision that slows Dimorphos, altering its orbit around Didymos. NASA has repeatedly… 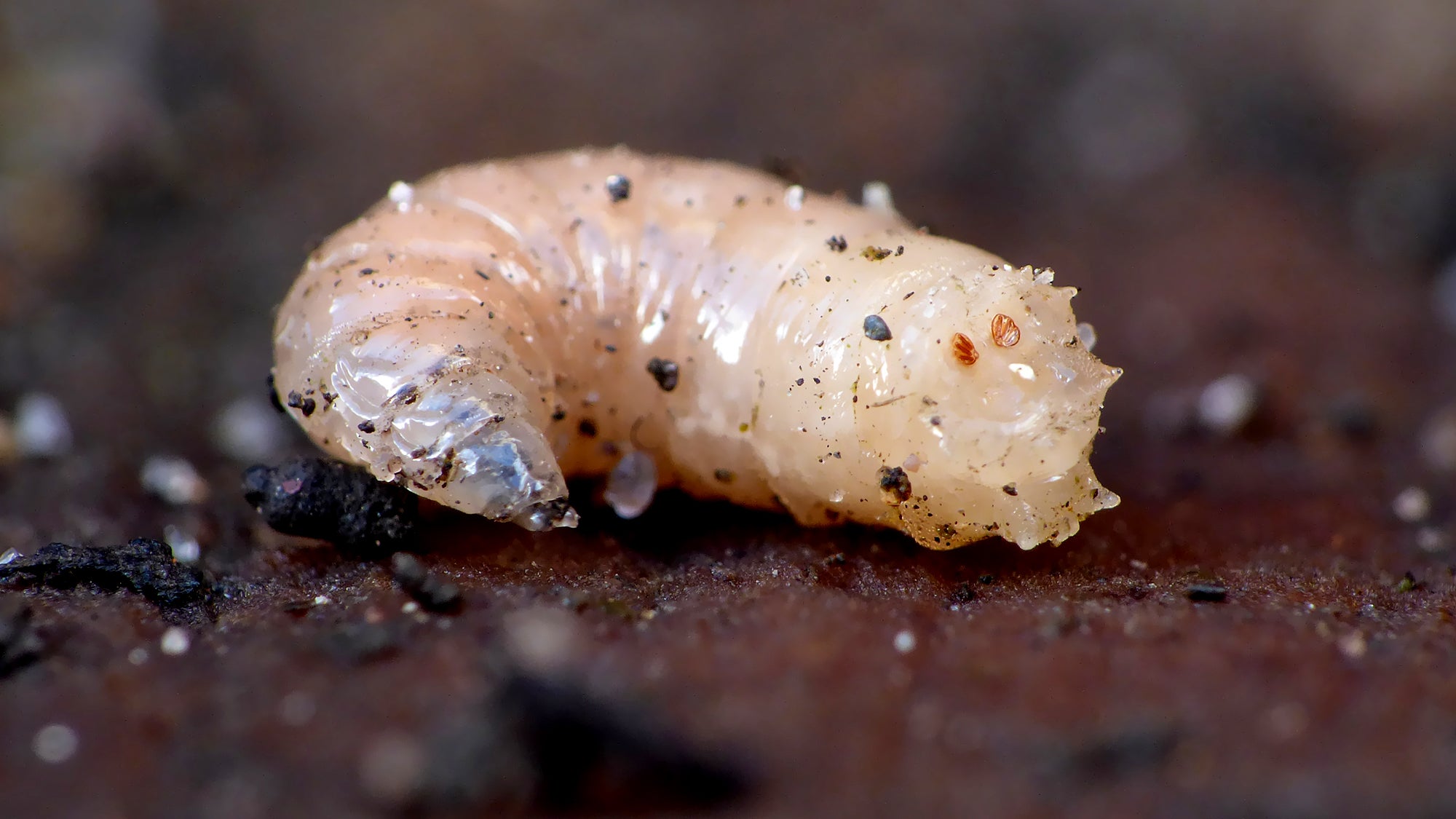 BERKSHIRE, ENGLAND—Troubled by the immense pleasure it derived from the flesh of such a polarizing figure, a local worm told reporters Tuesday that it felt conflicted about feasting on a monarch who symbolized so much oppression. “Granted, I’m not literally supporting her by burrowing into her decaying body and… 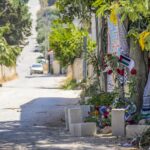 Palestinian American journalist Shireen Abu Akleh, who was killed by Israeli forces in May while reporting from the occupied West Bank city of Jenin, was deliberately and repeatedly targeted, along with her colleagues, despite being clearly identified as a member of the press, a new report released Tuesday concludes.
The report, a collaboration between Palestinian human rights group Al-Haq and the U.K.-based research agency Forensic Architecture, confirms the findings of half a dozen earlier independent reviews of the incident, including by the United Nations, which have found that Israeli forces were responsible for Abu Akleh’s killing, with the U.N. noting that the bullet that killed her was “well aimed.” But the new report, which includes a detailed digital… 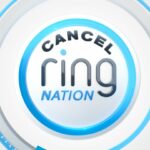 On September 19, over 200 U.S. political scientists published an open letter calling for Congress to pass a bill for multi-member U.S. House districts, combined with proportional representation. The group is organized under the name “Scholars for Redistricting Reform.” See the statement here.

A bill has been pending in Congress to make that change. It is HR 3863, by Congressman Don Beyer (D-Virginia). He has introduced it for several sessions of congress now. 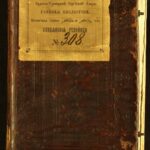 (satire) *Apple Announces New iPhones Will No Longer Be Compatible
With Human Hand.*

They have always been incompatible with natural human society.