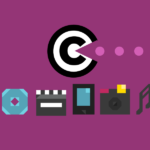 We’re taking part in Copyright Week, a series of actions and discussions supporting key principles that should guide copyright policy. Every day this week, various groups are taking on different elements of copyright law and policy, addressing what’s at stake and what we need to do to make sure that copyright promotes creativity and innovation.
Ten years ago, a diverse coalition of internet users, non-profit groups, and internet companies defeated the Stop Online Piracy Act (SOPA) and the PROTECT IP Act (PIPA), bills that would have forced internet companies to blacklist and block websites accused of hosting copyright-infringing content. These were bills that would have made censorship very easy, all in the name of copyright enforcement. This…

Increasing numbers of young men are having vasectomies because they
recognize that it’s not good to have children in a world headed into
climate disaster.

Enlarge / A Starlink track running across the Andromeda galaxy. (credit: Caltech Optical Observatories/IPAC)
SpaceX’s Starlink Internet service will require a dense constellation of satellites to provide consistent, low-latency connectivity. The system already has over 1,500 satellites in orbit and has received approval to operate 12,000 of them. And that has astronomers worried. Although SpaceX has taken steps to reduce the impact of its hardware, there’s no way to completely eliminate the tracks the satellites leave across ground-based observations.
How bad is the problem? A team of astronomers has used archival images from a survey telescope to look for Starlink tracks over the past two years. Over that time, the number of images affected…