In the final days of the election, the Democratic Party and its affiliates are going all out to insist that workers and youth opposed to Trump must subordinate their struggles to electing Biden.

It wouldn’t be October without Halloween, and it wouldn’t be Halloween without some spooky music. There’s no instrument spookier than a Theremin, which also happens to be one of the world’s first electronic instruments. Leon Theremin plays his namesake instrument. Image via Linda Hall Library You’ve no doubt heard the eerie, otherworldly tones of the Theremin in various 1950s sci-fi films, or heard the instrument’s one-of-a-kind cousin, the Electro-Theremin in “Good Vibrations” by the Beach…

2020-10-31  Comments Off on The Theremin is 100 Years Old; Celebrating the Spookiest of Instruments Hackaday 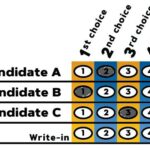 On Tuesday, voters in Massachusetts will have the chance to pass Question 2, which will produce Ranked Choice Voting for most state and federal offices. That reform will give voters the chance to rank their preferences when casting their ballot for candidates — an opportunity which is especially important when more than two candidates are running. In this year’s primary in the Fourth Congressional District, for example, there were nine candidates competing to become the Democratic nominee.…

2020-10-31  Comments Off on RCV in Massachusetts: When the piper gets ignored Stories by Lessig on Medium 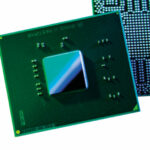 Enlarge (credit: Intel) Researchers have extracted the secret key that encrypts updates to an assortment of Intel CPUs, a feat that could have wide-ranging consequences for the way the chips are used and, possibly, the way they’re secured. The key makes it possible to decrypt the microcode updates Intel provides to fix security vulnerabilities and other types of bugs. Having a decrypted copy of an update may allow hackers to reverse engineer it and learn…

On October 26, both U.S. Senators from New York, Chuck Schumer and Kirsten Gillibrand, asked voters to vote for Joe Biden on the Working Families line, not the Democratic line. See this story. In related news, on October 27, U.S. Senators Elizabeth Warren and Bernie Sanders both criticized the New York Democratic Party for putting out a campaign brochure that shows pictures of them. The brochure asks voters to vote for Democrats on the Democratic…

Citing concerns over election-related “chaos” and “violence,” Facebook is preparing—in collaboration with the US intelligence state—advanced software tools for implementing a censorship regime during November 3 and its aftermath.

The campaign to recall Kshama Sawant is led by the Democratic Party with the active support of Republican and far-right elements. 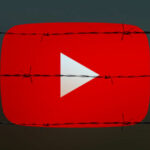 Enlarge (credit: YouTube / Getty / Aurich Lawson) A popular tool used for archiving YouTube videos, YouTube-dl, is gone from GitHub after the Recording Industry Association of America filed a claim arguing that the code is inherently illegal under copyright law. GitHub, which is owned by Microsoft, removed 18 projects on Friday that previously hosted versions of YouTube-dl, a Python library that allows for the downloading of YouTube video and audio files. Those repositories now… 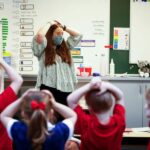 Liberal writers sympathetic to the corporate education reform movement are beating the drum about reopening schools, claiming to stand up for low-income students. But attacking teachers and their unions does nothing for poor and working-class students — it simply scapegoats the people who have dedicated their lives to actually helping those students. The neoliberal solution to poverty, embraced by centrist Democrats and Republicans alike, is “equality of opportunity, not equality of results.” (Daniel Pockett /… 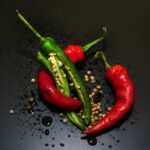 Enlarge / There could soon be an easier way to tell how hot that chili pepper is. (credit: Azman Mohamad / EyeEm via Getty Images) Capsaicin is the compound responsible for determining just how hot a variety of chili pepper will be; the higher the capsaicin levels, the hotter the pepper. There are several methods for quantifying just how much capsaicin is present in a pepper—its “pungency”—but they are either too time-consuming, too costly, or…

2020-10-23  Comments Off on Better than the Scoville scale? Chili-shaped device can rate pepper hotness Ars Technica 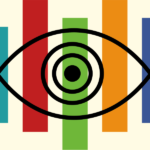 EFF, joined by several leading civil liberties and immigrant rights organizations, recently filed a comment calling on the Department of Homeland Security (DHS) to withdraw a proposed rule that would exponentially expand biometrics collection from both U.S. citizens and noncitizens who apply for immigration benefits and would allow DHS to mandate the collection of face data, iris scans, palm prints, voice prints, and DNA. DHS received more than 5,000 comments in response to the proposed…

Massive public records request reveals scale of warrantless surveillance Never mind the Feds. American police forces routinely “circumvent most security features” in smartphones to extract mountains of personal information, according to a report that details the massive, ubiquitous cracking of devices by cops.…

2020-10-22  Comments Off on Thought the FBI were the only ones able to unlock encrypted phones? Pretty much every US cop can get the job done The Register 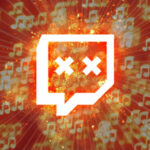 Enlarge (credit: Aurich Lawson / Getty Images) Streaming platform Twitch this week surprised many of its users when it sent out a huge batch of copyright takedown emails. These messages not only didn’t tell streamers what supposedly infringing content they posted, but it also said that Twitch had simply deleted content outright without giving users a chance to appeal. Many Twitch “partners”—the folks who make actual money from their Twitch participation—received emails on Tuesday warning…

It’s rare to get a look at something soft and fleshy on a dinosaur…as your mom well knows. On the fossil, just below the tail, the butthole appears as a “blackish mottled ovoid area,” the paleontologists write. To the naked eye, the spot looks like a series of dark, stacked bands running between the base of the tail and hip bones, clearly different from the skin around it. […]Bird cloacae are round or square and…

Free & Equal will host another presidential debate on October 24 in Cheyenne, Wyoming. The same five candidates will debate: Howie Hawkins, Don Blankenship, Gloria La Riva, Brock Pierce, and Brian Carroll. The candidates will be in the same room … Continue reading → 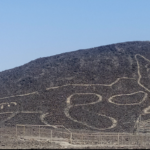 One of the oldest artistic depictions in the Nazca Lines, a mysterious collection of geoglyphs preserved in southern Peru, was discovered during recent remodeling efforts within this UNESCO World Heritage site. More than 2,000 years ago, people in this region created a 37-meter-long outline of a sprawling cat on a hill slope according to a statement released on Thursday by Peru’s Ministry of Culture.  The Nazca geoglyphs, some of which stretch across hundreds of meters,…

2020-10-20  Comments Off on A Giant 2,000-Year-Old Cat Drawing Was Accidentally Found by Workers In Peru Motherboard 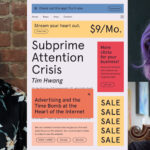 On October 14, the Internet Archive presented a book talk with author Tim Hwang, NYT Tech Reporter, Kashmir Hill, and technologist, Desigan Chinniah, discussing Hwang’s new book is “Subprime Attention Crisis.” Is the Ad-Tech model powering the Internet really just the next financial bubble? That is the question at the heart of a significant new book by Internet researcher Tim Hwang: Subprime Attention Crisis: Advertising and the Time Bomb at the Heart of the Internet. If you don’t already know Tim, he’s…

2020-10-20  Comments Off on Advertising powers the Web. What if it just doesn’t work? Internet Archive Blogs

The Social Dilemma is a docudrama hybrid that explores, according to its creators, “how social media is reprogramming civilization” in a dangerous direction.

Postgres is an amazing RDBMS implementation. Postgres is open source and it’s one of the most standard-compliant SQL implementations that you will find (if not the most compliant.) Postgres is packed with extensions to the standard, and it makes writing and deploying your applications simple and easy. After all, Postgres has your back and manages all the complexities of concurrent transactions for you. In this post I am excited to announce that a new version…