The announcement in mid-July that the San Francisco Art Institute (SFAI) would cease operations, no longer offering courses or degrees, is a significant and telling event.

We have done many, many posts explaining how, unfortunately, it seems the idea of a person owning the things they’ve bought has become rather passe. While in the age of antiquity, which existed entire tens of years ago, you used to be able to own things, these days you merely license them under Ts and Cs that are either largely ignored and clicked through or that are indecipherable, written in the otherwise lost language known as “Lawyer-ese”. The end result is a public that buys things, thinks they retain ownership over them, only to find out that the provider of the things alters them, limits their use, or simply erases them from being.
Take anyone who bought…

Carolina Journal, a non-profit news source for North Carolina that is both in-print and electronic, here has a story about the North Carolina Libertarian Party support for ballot access for the Green Party. … Continue reading →

Bucking a trend set by two separate Appeals Courts (Ninth and Tenth), a federal court in Texas has said it is actually a violation of rights when cops destroy an innocent person’s home to effect an arrest. What’s more, a jury has backed up that decision with actual compensation. (h/t The Honest Courtesan)

Today, a federal jury ruled that Vicki Baker is entitled to $59,656.59 in damages after a SWAT team destroyed her McKinney, Texas, home while pursuing a fleeing fugitive in July 2020. The ruling is a victory for Vicki, who joined forces with the Institute for Justice (IJ) to file a lawsuit in March 2021, after the city refused to pay for the damage that had been… 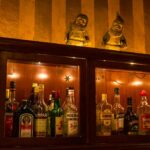 The Raleigh City Council approved the creation of a new social district on and around Fayetteville Street where people can drink beer, wine, and other alcoholic beverages on the street. The pilot program goes into effect August 15.

We’ve talked about the unfortunate bipartisan attacks on free speech, which are best understood as attempts to control the narrative. Republicans have been attacking free speech in multiple ways — from trying to ban books and take away teacher autonomy to trying to compel websites to host content against their will. Democrats, on the flip side, have focused on ridiculous attempts to force websites to monitor and control speech. Both of these are bad in their own ways and both are attacks on free speech. In both cases, they seem to be about trying to force others to view the world the same way they do, and that’s the whole reason that we have the 1st… 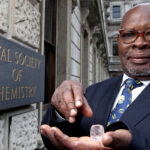 Does hot water freeze faster than cold water? On its face this idea seems like it should be ridiculously simple to test, and even easier to intuit, but this question has in fact had physicists arguing for decades.
Erasto Mpemba’s observations initiated decades of research into the Mpemba effect: whether a liquid (typically water) which is initially hot can freeze faster than the same liquid which begins cold.
There’s a name for the phenomenon of something hot freezing faster than something cold: the Mpemba effect,  named for Erasto Mpemba (pictured above) who as a teenager in Tanzania witnessed something strange in high school in the 1960s. His class was making ice cream, and in a rush to secure…

The Wikileaks founder met the deadline set to appeal the decision issued by the British Home Secretary, Priti Patel.
Assange met the deadline to appeal the decision issued by the Minister of the Interior, Priti Patel, while. At the same time, the court in London communicated that it had formally received the notification of the accused.
Assange’s wife, Stella Assange, referred to the dire consequences of the case for journalism and human rights in general. “We will fight until justice is done,” she said.
The Australian journalist has been detained in Belmarsh high-security prison since April 2019, where he awaits the outcome of the legal process.
The post Julian Assange Appeals His Extradition To The United States appeared first on…