There is no doubt that many folks trying to come up with ways to reduce impaired driving and making the roads safer have the best of intentions. And yet, hidden within those intentions can linger some pretty dangerous consequences. For reasons that are not entirely clear to me, the giant infrastructure bill (that will apparently be negotiated forever) includes a mandate that automakers would eventually need to build in technology that monitors whether or not drivers are impaired. It’s buried deep in the bill (see page 1066), but the key bit is:

2021-10-15  Comments Off on Techdirt. – The Surveillance And Privacy Concerns Of The Infrastructure Bill’s Impaired Driving Sensors

Consumer groups have grown all-too-politely annoyed at the Biden administration’s failure to pick a third Democratic Commissioner and permanent FCC boss nearly eight months into his term. After the rushed Trump appointment of unqualified Trump ally Nathan Simington to the agency (as part of that dumb and now deceased plan to have the FCC regulate social media), the agency now sits gridlocked at 2-2 commissioners under interim FCC head Jessica Rosenworcel.

While the FCC can still putter along tackling its usual work on spectrum and device management, the gridlock means it can’t do much of anything controversial, like reversing Trump-era attacks on basic telecom consumer protections, media consolidation rules, or the FCC’s authority to hold telecom giants…

2021-10-15  Comments Off on Techdirt. – GOP Very Excited To Be Handed An FCC Voting Majority By Joe Biden

No aspect of Freire’s work, to be blunt, has anything whatsoever to do with Marxism, the struggle to build a revolutionary party of the working class, or the development of a socialist pedagogy.

Instead of simply stopping its human rights abuses, the Israeli government has built an extensive and sophisticated public relations network across the West in order to protect itself from criticism.
Today, Lowkey speaks to one of the latest victims of that smear campaign, Professor David Miller. A prominent critic of the state of Israel’s policies, Miller was recently sacked from his position as Professor of Sociology at the University of Bristol, after a pressure campaign involving Zionist student groups and even members of parliament, who accused him of “inciting hatred against Jewish students.”
Miller, a graduate of the University of Glasgow Media Group, was appointed to his position at Bristol University in 2018. He also held positions at the University of Strathclyde…

2021-10-15  Comments Off on PopularResistance.Org – David Miller Speaks Out About Firing And Israel Lobby Smears 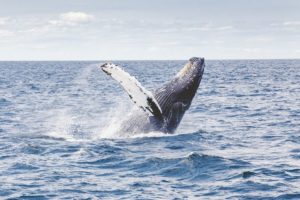 I’ve learned more about the Thingiverse security breach we reported on yesterday, and it could be not as bad as initially thought.

The post More On The Thingiverse Security Breach appeared on Fabbaloo.

Today, Lowkey speaks to one of the latest victims of that smear campaign, Professor David Miller. A prominent critic of the state of Israel’s policies, Miller was recently sacked from his position as Professor of Sociology at the University of Bristol, after a pressure campaign involving Zionist student groups and even members of parliament, who accused him of “inciting hatred against Jewish students.” 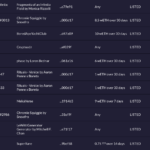 In the ongoing speedrun to turn everything into a non-fungible token, savvy traders and entrepreneurs have recently taken a few steps to squeeze more investment opportunities out of their JPEGs. Case in point: it’s now a thing to take out a loan and offer up an NFT as collateral. Take NFTFi, a peer-to-peer lending platform described by Coindesk as a “pawn shop for NFTs.” The core premise is that you can mortgage your NFT in exchange for other crypto that can be sold for cash while keeping your NFT safe—if you can repay the loan. NFTFi told Coindesk it had done over $12 million in volume since its launch in June 2020, with an average loan… 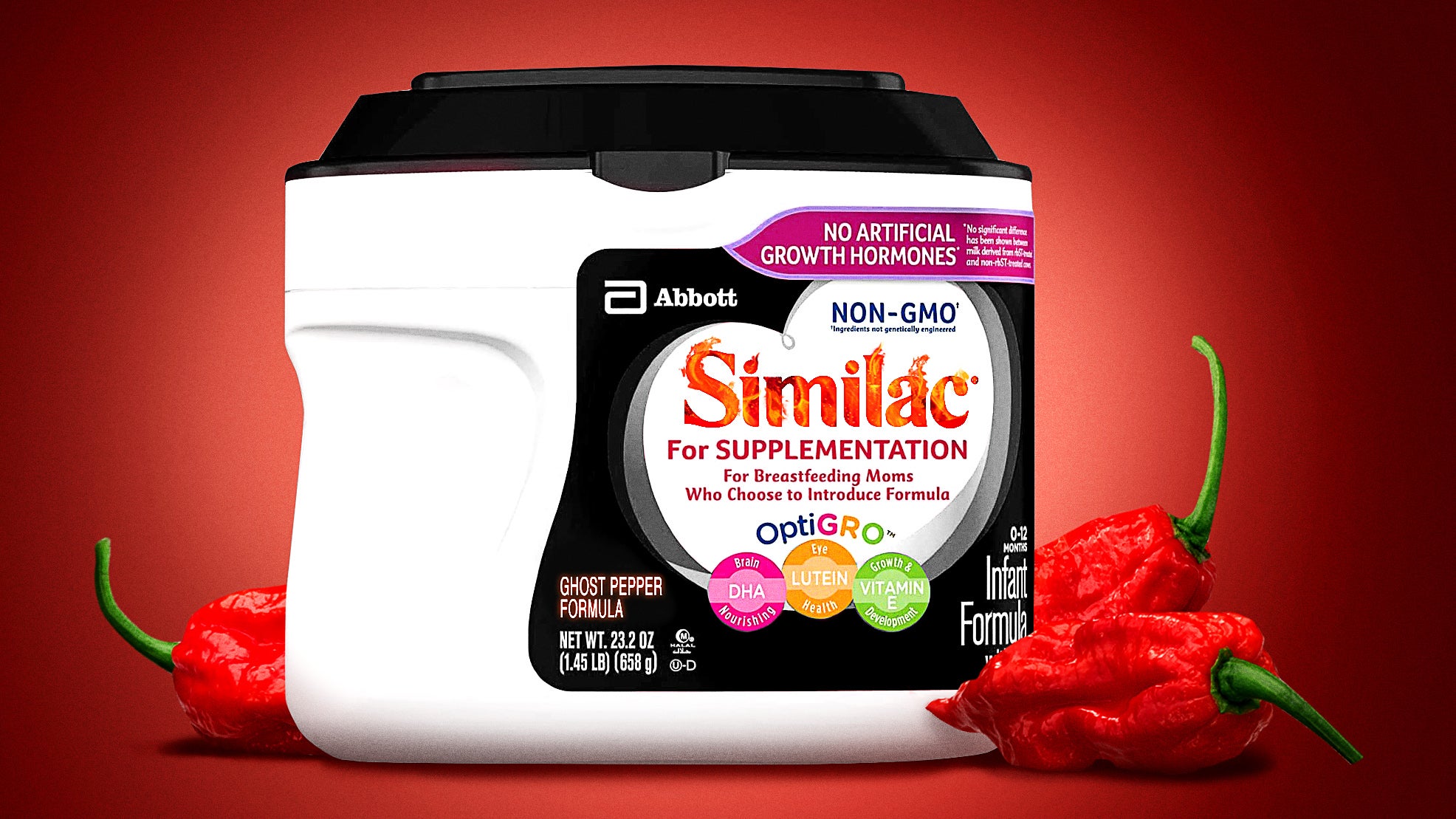 CHICAGO—Touting the new product as a nourishing and blazing-hot way to give newborns their daily nutrients, Similac introduced a new ghost pepper infant formula this week. “Our new formula contains 70% of a growing baby’s daily nutrients plus a tongue-scorching 1,000,000 Scoville Heat Units per serving,” said Kristin…

Dead-End SF Street Plagued With Confused Waymo Cars Trying To Turn Around ‘Every 5 Minutes’The visitors don’t just come at night. They come all day, right to the end of 15th Avenue, where there’s nothing else to do but make some kind of multi-point turn and head out the way they came in. Not long after that car is gone, there will be another, which will make the same turn and leave, before another car shows up and does the exact same thing. And while there are some pauses, it never really stops.”There are some days where it can be up to 50,” King says of the Waymo count. “It’s literally every five minutes. And we’re…

Postgres 14 was released
on September 30, 2021. With a new major version comes new features
to explore!
This post takes a look at the unique query id option
enabled with compute_query_id
in postgresql.conf.
This particular backend improvement, included with Postgres 14, is one I am
excited about because it makes investigating and
monitoring query related performance easier.
This post covers how to enable the new feature and explores how it can be used
in real life performance tuning.
Enable query id
For testing I created a new instance with Postgres 14 installed
and edited the postgresql.conf file to change a few configuration options
related to the query id.
I set compute_query_id to on instead of auto
and to allow the pg_stat_statements extension to be loaded.
Additionally, I turn on log_duration, set log_statement…

The quickest way to a warrantless search is obtaining consent. But consent obtained by officers isn’t always consent, no matter how it’s portrayed in police reports and court testimony. Courts have sometimes pointed this out, stripping away ill-gotten search gains when consent turned out to be [extremely air quotation marks] “consent.”

Such is the case in this court decision, brought to our attention by FourthAmendment.com. Language barriers are a thing, and it falls on officers of the law to ensure that those they’re speaking with understand clearly what they’re saying, especially when it comes to actions directly involving their rights.

It all starts with a stop. A pretextual one at that, as you can see by the narrative…

In the face of an unrelenting propaganda campaign from governments and the media, it is vital and urgent to arm the public with scientific truth about viable and necessary measures to end the pandemic.

Enlarge (credit: Getty Images | d3sign)
Syniverse, a company that routes hundreds of billions of text messages every year for hundreds of carriers including Verizon, T-Mobile, and AT&T, revealed to government regulators that a hacker gained unauthorized access to its databases for five years. Syniverse and carriers have not said whether the hacker had access to customers’ text messages.
A filing with the Securities and Exchange Commission last week said that “in May 2021, Syniverse became aware of unauthorized access to its operational and information technology systems by an unknown individual or organization. Promptly upon Syniverse’s detection of the unauthorized access, Syniverse launched an internal investigation, notified law enforcement, commenced remedial actions and engaged…

With all the controversy over 64bit pinball, and where and how things appeared, then disappeared to the discovery that the x64 version was a thing, but it was left off the install manifest but shipped on CD, along with my … Continue reading →

It is an unfortunate truth that libraries have long been called upon to censor or destroy knowledge—a topic we recently explored with Richard Ovenden, author of Burning the Books: A History of the Deliberate Destruction of Knowledge. Indeed, Richard Ovenden has argued that, by standing against such attempts, libraries perform an essential function in support of democracy, the rule of law, and an open society. In the circumstances, it should be no surprise that libraries and librarians tend to react with some alarm to legislative proposals to censor or destroy information—no matter how well intentioned they may be. So it was with some alarm that Internet Archive Canada reviewed the Government of Canada’s latest proposals…

Enlarge (credit: Sandro Katalina)
What could the future of the Internet look like? With the digital world of the 21st century becoming a pit of unwanted ads, tracking, paywalls, unsafe content, and legal threats, “Wayforward Machine” has a dystopian picture in mind. Behind the clickbaity name, Wayforward Machine is an attempt by the Internet Archive to preview the chaos the world wide web is about to become.
Internet Archive suspects what the Internet of 2046 looks like
The Wayback Machine from the nonprofit Internet Archive remains massively popular among netizens, journalists, and archivists interested in seeing how a webpage looked in the past, even when the page or entire websites are later removed. Users can simply browse to web.archive.org… 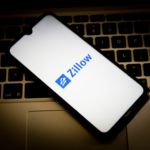 High-tech “iBuyers” like Opendoor and Zillow have burst onto the housing scene in hot U.S. markets with a seductive promise: For a fee, they’ll buy your home for cash, let you pick your move-out date, and help you avoid the irritating process of showing your home.  The iBuyers are attempting to scale up rapidly in order to win market share and recognition, throwing their current hopes for a profit out the window in a 2020s reprise of the rideshare wars. The companies have started to gain unwanted attention in the process; earlier this month, one TikTok went viral after pushing conspiracy theories about the iBuyers’ end goals.   The criticism of iBuyers isn’t limited to internet users….