Many people were frustrated with the special effects being largely CG on the final cut. What a lot of people don’t know is that practical versions for almost all the effects were made and many even shot first! However, many were replaced entirely by CG for the release.

The term “interrupt” brings to mind a signal that originates in the
hardware and which is handled in the kernel; even software interrupts are a
kernel concept. But there is, it seems, a use case for enabling user-space
processes to send interrupts directly to each other. An upcoming Intel
processor generation includes support for this capability; at the 2020 Linux Plumbers Conference,
Sohil Mehta ran a
Kernel-Summit session on how Linux might support that feature.

The truth of modern tracking is that it happens in so many different and complex ways it’s practically impossible to ensure absolute tracking protection. But that doesn’t mean we’re powerless against personal data harvesters attempting to trace our every online move. There are a bunch of browser extensions that can give you tremendous anti-tracking advantages…  Privacy Badger Sophisticated and effective anti-tracker that doesn’t require any setup whatsoever. Simply install Privacy Badger and right away it begins the work of finding the most hidden types of tackers on the web.  Privacy Badger actually gets better at tracker blocking the more you use it. As you naturally navigate around the web and encounter new types of hidden…

Don’t cry during a stressful or painful medical procedure, unless you’re willing to pay extra. One woman learned this the hard way when she went to her doctor to get a mole removed. She cried at one point during the operation, and her bill, which she posted to Twitter, showed an $11 charge for “Brief Emotion” and a billing code of CPT Code 96127. — Read the rest 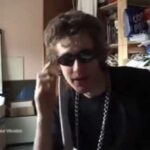 You probably don’t know Paul Weedon by name, but you’ve probably seen him get punched in the face. He is the man behind the “I can’t believe you’ve done this” meme, an old, viral video in which he talks to the camera for a few seconds before someone off camera sucker-punches him mid-sentence.  It’s a canonical internet video that has spread far and wide since Weedon uploaded it to YouTube 14 years ago, and for reasons that he doesn’t understand, yesterday YouTube decided to remove it, citing its violence policies. Weedon has tried appealing YouTube’s decision, but the company denied his request. “I got an email from YouTube late last night informing me that it had…

The clear vote in favor of expropriating large landlords is to be welcomed. It is an expression of the widespread opposition to the intolerable rents in Berlin and other large cities. 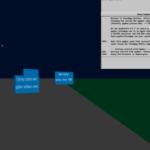 The 30th anniversary of the World Wide Web passed earlier this year. Naturally, this milestone was met with truckloads of nerdy fanfare and pining for those simpler times. In three decades, the Web has evolved from a promising niche experiment to being an irreplaceable component of global discourse. For all its many faults, the Web has become all but essential for billions around the world, and isn’t going anywhere soon.
As the mainstream media lauded the immense success for the Web, another Internet information system also celebrated thirty years – Gopher. A forgotten heavyweight of the early Internet, the popularity of Gopher plummeted during the late 90s, and nearly disappeared entirely. Thankfully, like its plucky namesake, Gopher… 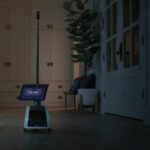 On Tuesday, Amazon unveiled a host of new products including Astro, a mobile Alexa robot that can capture every detail of your home’s layout, follow you around on video calls, and apparently even recognize people’s faces.  Given that Amazon is mostly known these days for leveraging various forms of surveillance to make money (when it’s not running its workforce ragged), it’s pretty safe to say that nobody asked for this. At the moment, you can only buy Astro if Amazon invites you to buy it first, and it costs $999.  First and foremost, Astro is a spybot. According to Amazon, the robot uses machine learning to “proactively patrol your home, investigate activity, and send you notifications…

2021-09-28  Comments Off on Motherboard – Amazon Unveils ‘Astro,’ a Privacy Nightmare Robot That Follows You Around 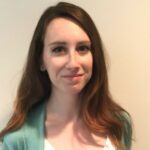 This August, Israeli consular officials in the southeast U.S. arranged meetings with a dean at the University of North Carolina at Chapel Hill to discuss a graduate student teaching a course on the Israeli-Palestinian conflict. According to two UNC professors with knowledge of the meetings, who asked for anonymity for fear of retribution, the Israeli official accused the Ph.D. student of antisemitism and said she was unfit to teach the course.
The intervention by an Israeli government official, Consul General to the Southeastern United States Anat Sultan-Dadon, followed a pressure campaign by right-wing pro-Israel websites and an advocacy group to remove the graduate student, Kylie Broderick, from teaching the history department course called “The Conflict over Israel/Palestine.” The websites and… 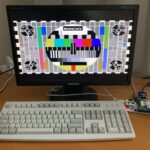 Part of the reason that retrocomputers are still so popular despite their obsolescence is that it’s possible to understand the entire inner workings of a computer like this, from the transistors all the way up to the software. Comparatively, it will likely be a long time (if ever) before anyone is building a modern computer from discrete components. To illustrate this point, plenty of 8-bit computers are available to either restore from original 80s hardware or to build from kits. And if you’d like to get even deeper into the weeds you can design your own computer including the instruction set completely from the ground up using an FPGA.
This project, called the Moncky project, is a… 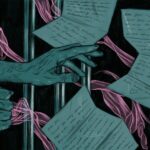 In a Pennsylvania federal prison, Joe used to trace his girlfriend’s handwriting with his finger as the faint smell of her perfume wafted into his cell. Her letters elicited rare feelings of intimacy in an otherwise cold environment. But after his facility, United States Penitentiary Canaan, replaced physical mail with photocopies in 2019, those feelings have disappeared.
“It’s just like receiving a fake dollar bill,” Joe told The Intercept in an email through a prison communications system. The Intercept is using a pseudonym because Joe fears retaliation from prison staff.

Over the past two years, dozens of facilities across the Federal Bureau of Prisons, or BOP, which oversees approximately 156,000 people and 122 facilities, have adopted policies of…

Chinese Wikipedians seem to be campaigning systematically and sneakily
to slant and censor what it says about recent Chinese history.

Ironically, the article emphasizes the term “open source” whose
purpose was and is to draw attention away from freedom (too
controversial a topic). In a second level of irony, in this specific
case the correctness and quality of articles is about freedom.

My 1998/1999 proposal for a universal encyclopedia
dealt with this by
rejecting the idea that there would be one official article about a topic.
Rather, it allowed for different articles written by different authors
and presenting different points of view.