My 600W 24V DC power supply arrived from mouser, along with my hobbed bolts and the NEMA14 motors for the dual extruder. 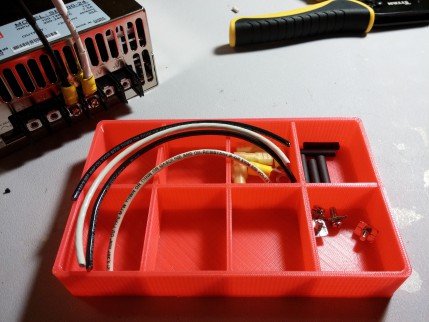 Preparing for mass production with my threedee printed parts tray 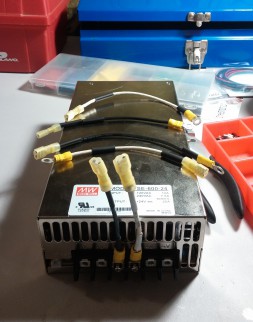 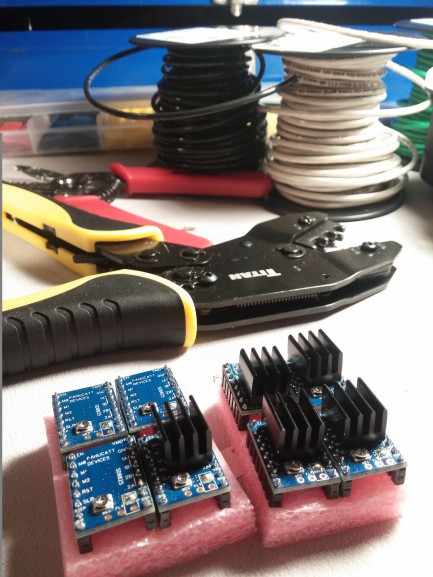 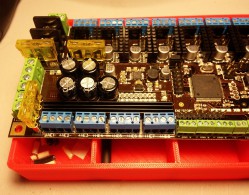 Installed the heatsink over the hotend mosfets 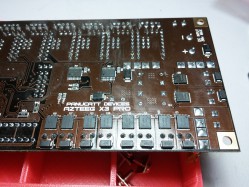 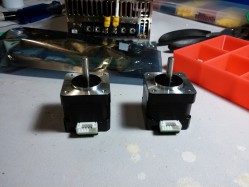 NEMA14 motors for the extruder 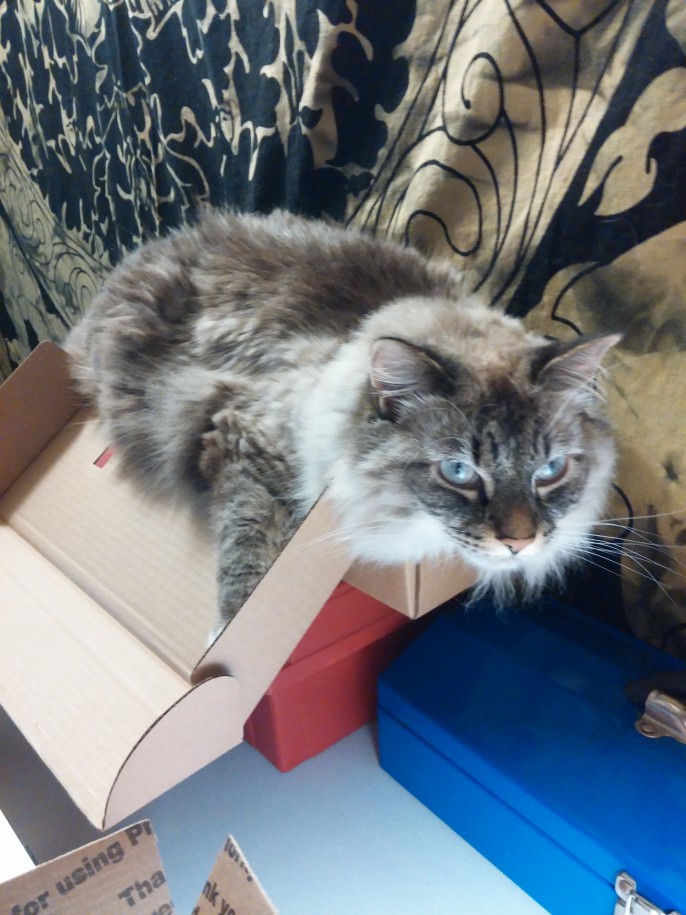 That’s not a power supply…

I’m wiring up the DC side of the power supply to use 12 awg wire and female disconnects for now. I’ve got the main board supply, a separate line for the heatbeds, and a third set that will be wired in voltage regulator to give me a couple of amps of 12V power for the fans.

And, yeah, heatbeds. The Wilson y-axis can be stretched to 400mm, and I figured it was worth a shot going all the way. I wanted at least 300mm in the x-axis as well, and I found 200x300mm heatbeds (cheaper than one 300mmx300mm) and a conveniently sized 16″x12″ piece of glass at Home Depot. Worst case, it proves to be too large and I have to downgrade to 200mmx300mm (keeping the second heatbed ready for The Future™). This might seem a wee bit insane, but, after having used the TAZ 4, less than 300mmx300mmx250mm seemed underwhelming.

For the controller, I got an Azteeg X3 Pro because it has dual heatbed MOSFETs and support for up to five extruders as a bonus. At the outset, I decided to sink some of the savings over buying a printer into dual extrusion, and wanted to leave open the possibility of at least triple later on… and the X3 Pro wasn’t much more than a RUMBA with steppers aaaand it came with eight stepper drivers (useful in their own right), was fully soldered, and, hey… a triple nozzle extruder plus a single hexagon in the next couple of years or something doesn’t seem too crazy does it?

Not much I can do now until my nuts and bolts come Monday or Tuesday. I have very boring things to say about crimping wire harnesses too.