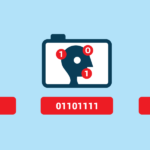 This week we learned that San Francisco Police used a woman’s own DNA—collected years earlier as part of an investigation into her sexual assault—to charge her for an unrelated property crime. What’s worse—it appears the S.F. police routinely search victims’ DNA in criminal investigations.
This practice is possible because San Francisco has been storing DNA gathered from rape survivors in the same local database where it stores DNA from rape assailants and other suspects. The San Francisco District Attorney stated the database potentially includes thousands of victims’ DNA profiles, with entries over “many, many years.”
This is not the first time San Francisco has had problems with its DNA crime lab. In 2010, the SF Weekly reported…