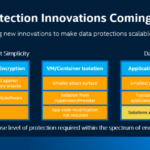 This looks like an advertisement for AMD Epyc processors until you get to that bright yellow “solutions available today” box and realize we’re talking about Intel. [credit: Intel Corporation ] At Intel’s Security Day event on Tuesday, the company laid down its present and future vision for security-focused features in its hardware. Intel’s Anil Rao and Scott Woodgate opened their presentation with a present-and-future discussion of Intel’s SGX (Software Guard Extensions), but their coverage of… 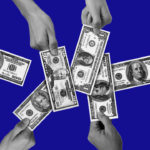 Rival presidential candidates have been attacking Sen. Bernie Sanders over the advocacy groups boosting his campaign, accusing the Democratic frontrunner of taking untraceable dark money and contributions from super PACs and from the nonprofit he founded in 2016, Our Revolution. The problem with the charge: It’s not dark money, and it’s not big, either. The issue arose most recently during the Nevada debate, when Sen. Elizabeth Warren said that everyone onstage besides her and Sen.…

The Fourth Circuit wants oral argument in Kopitke v Bell, 19-2355. This is the lawsuit challenging North Carolina’s March petition deadline for independent candidates, and the requirement that they collect approximately 70,000 valid signatures if they are running for statewide … Continue reading →

[René Ceballos] contacted us about the new XFM2 FM synthesizer board, successor to the XFM that we covered on Hackaday last year. In addition to changing FPGAs from a Spartan 6 to an Artix-7 35, the DAC was also upgraded from 16 to 24 bits. Since the project is based around two easily available boards for the FPGA and DAC functionality, it is something that should be easy for anyone to recreate. The project consists…

2020-02-23  Comments Off on Introducing The XFM2: A New FM Synthesizer Board Hackaday

FFII contends that the departure of Britain from the EU has invalidated the “unitary patent” agreement, and this offers a chance to kill it permanently. This is important because that deal would make the European Patent Office effectively autonomous regarding the question of which ideas are patentable — and it would certainly take advantage of that to rule that computational ideas are patentable. This offers one more chance to try to save software from patents… 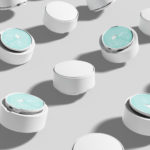 This article originally appeared on VICE Canada.Airbnb is encouraging its hosts to purchase noise surveillance devices in an effort to crack down on parties. As part of its “party prevention” campaign, the home-sharing service is offering discounts on devices designed to alert hosts when there’s an irregular level of noise in their homes. An email I received on Thursday from Airbnb (I’ve occasionally rented out my apartment) told me to “plan ahead to protect your… 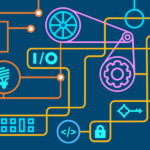 When Apple’s App Store launched in 2008, it was widely hailed as a breakthrough in computing, a “curated experience” that would transform the chaos of locating and assessing software and replace it with a reliable one-stop-shop where every app would come pre-tested and with a trusted seal of approval. But app stores are as old as consumer computing. From the moment that timeshare computers started to appear in research institutions, college campuses, and large corporations,…

2020-02-23  Comments Off on Gopher: When Adversarial Interoperability Burrowed Under the Gatekeepers’ Fortresses Deeplinks

The number of law enforcement agencies Ring partners with continues to grow — up to nearly 900 by the latest count. Ring pitches its devices to homeowners as a better way to keep their homes secure. And maybe it is. But the pitches it makes to law enforcement agencies are something else. Ring drives this particularly questionable engagement by insinuating people who’ve received free or cheap cameras will become part of a surveillance network overseen…

2020-02-23  Comments Off on Ring Says It Helps Cops Fight Crime But The Data Shows It’s No Better At This Than Any Other Security Camera Techdirt.

A police investigator in Spain is trying to solve a crime, but she only has an image of a suspect’s face, caught by a nearby security camera. European police have long had access to fingerprint and DNA databases throughout the 27 countries of the European Union and, in certain cases, the United States. But soon, that investigator may be able to also search a network of police face databases spanning the whole of Europe and… 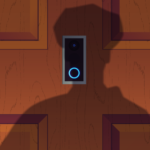 Amazon’s surveillance doorbell company Ring has announced extra layers of security and control for users after a wave of backlash from civil liberties and cyber security organizations like EFF and Mozilla. Organizations raised major concerns over Ring’s lack of effort in protecting the data and security of users, including permitting multiple log-in attempts that allowed bad actors to take control of people’s Ring cameras; not requiring two-factor authentication; and allowing a number of undisclosed third-party…

That’s right, we’re throwing another CYBERDELIA on Friday, February 28 — which is just four weeks from now! It’s a bit short notice, so please help us out by sharing this far and wide.The last time we threw this party was three years ago, but now it’s the 25th anniversary of the release of HACKERS, so we’re going all-out this time. A screening of Hackers at 7pm; Hackers costume contest at 10:45pm; Head-to-head Wipeout XL… 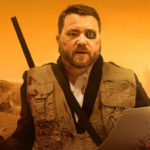