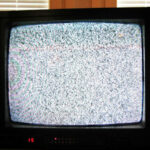 Generally, when trying to implement some protocol, you are constrained by your hardware and time. But for someone like [EMMIR], that’s not enough. For example, NTSC-CRT is a video signal encoding/decoding simulator with no hardware acceleration, floating point math, or third-party libraries. Just basic C.
While NTSC has officially gone dark in America, people still make their own ATTiny-powered transmitters. NTSC is a bit of a strange standard and is sometimes referred to as never-twice-the-same color, but it does produce a distinct look.
That look is what [EMMIR] was going for. It encodes a message in a ppm format into NTSC and then back in ppm with some configurable noise. It can do this in real-time as an…