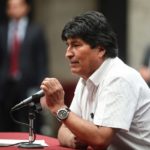 Mainstream commentators continue to assert that Evo Morales oversaw a fraudulent election in Bolivia that led to his resignation. But the “resignation” was a coup — and there’s still no proof the election was even fraudulent. Former president of Bolivia Evo Morales speaks during a press conference at Museo de la Ciudad de Mexico on November 13, 2019 in Mexico City, Mexico. (Hector Vivas / Getty Images) On November 10, Bolivian president Evo Morales was…

2019-11-17  Comments Off on A Week After the Coup in Bolivia, There’s Still No Proof of Electoral Fraud Jacobin 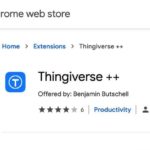 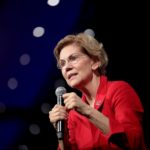 Elizabeth Warren’s new health care proposal, released yesterday, is practically tailor-made to divide, depress, marginalize, and exhaust any political will for single payer before we’ve even begun the final fight. Senator Elizabeth Warren speaking with attendees at the Presidential Gun Sense Forum at the Iowa Events Center on August 10, 2019 in Des Moines, Iowa. (Gage Skidmore / Flickr) A recurring argument for Bernie Sanders in this primary is that he understands our obstacles are…

Public Policy Polling has taken a poll in New York state on whether the state should make it more difficult for parties to be ballot-qualified.  The results are that 64% are opposed; 25% are in favor; and 10% are undecided.  See this story. The proposal, pushed by some leaders of the Democratic Party, would increase the number of votes for a group to be a qualified party, from 50,000 votes for Governor, to 150,000.

We spend a lot of time focusing on the epic side of free software and user freedom: joys come from providing encrypted communication options to journalists and political dissidents; losses are when IoT devices are used to victimize and abuse. I think a lot about the little ways technology interacts with our lives, the threats to or successes for user freedom we encounter in regular situations that anyone can find themselves able to understand: sexting…

A Pew Study found that 60% of Americans believe that they are being continuously tracked by companies and the government, 69% mistrust the companies doing the tracking, 80% believe that advertisers and social media sites are collecting worrisome data, 79% think the companies lie about breaches, and 80% believe that nothing they do will make a difference. Among Black people, the stats are (justifiably) grimmer: 73% of Black users worry about law-enforcement abuse of their…

2019-11-17  Comments Off on Majority of Americans know they’re under constant surveillance, don’t trust the companies doing it, and feel helpless to stop it Boing Boing 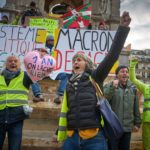 Today marks one year since yellow-vested protesters first occupied roundabouts and intersections across France. The movement has given a voice to parts of society that usually go ignored — and the newfound spirit of revolt is continuing to shake Emmanuel Macron’s government. Gilets jaunes protesters chant against President Macron at the Fontaine des Innocents during the second day of protests to mark the first anniversary of the movement, on November 17, 2019 in Paris, France.…

Iran, one of the countries most strongly identified with the rise cyber terrorism and malicious hacking, appears now to be using an iron fist to turn on its own. The country has reportedly shut down nearly all internet access in the country in retaliation to escalating protests that were originally ignited by a rise in fuel prices, according to readings taken by NetBlocks, an NGO that monitors cybersecurity and internet governance around the world. Confirmed:…