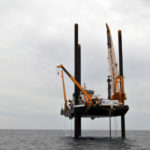 Enlarge / This is “Liftboat Myrtle,” which housed the drilling operation into Chicxulub Crater. (credit: Jackson School of Geosciences, The University of Texas at Austin) Geology is a big science. The Earth is a large enough place today, but when you stretch the fourth dimension back across many millions of years, the largeness can get out of hand. Because we lose a lot of detail to the ravages of time, it’s very difficult for geology…

Law Professor Garrett Epps has this very interesting article about the electoral college in The Atlantic. Thanks to Howard Bashman for the link. … Continue reading →

One of the most obvious facts I’ve learned in covering the unfolding scandal of the secret deals between Amazon’s Ring surveillance doorbell group and hundreds of US police departments is that Amazon loooooves to play word-games. For example, I’ve been repeatedly emailed by company spokespeople to tell me that cops only get access to Ring customers’ videos if the customers offer to share it; but what they never said is that if a customer turns…

Extensions still free to use uber-powerful webRequest API to filter crap out of webpages On Tuesday, Mozilla said it is not planning to change the ad-and-content blocking capabilities of Firefox to match what Google is doing in Chrome.… 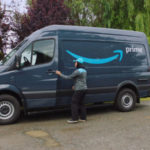 Enlarge (credit: Amazon) Amazon has seemingly been bringing shipping services in-house as rapidly as it can as the company ramps up efforts to get packages to Prime members in just one day. But although those ubiquitous gray-blue vans and uniformed drivers all have Amazon branding on them, at least 250 subcontracted companies around the country actually do all the heavy lifting⁠—a system that allows Amazon to skirt liability when heavy pressure on drivers means disaster…

While wandering through CCCamp last weekend, in between episodes of forcing Marmite on the unwary, I ran into the well-known Hackaday.io user [Prof. Fartsparkle]. In a last-minute sprint leading up to the con he built himself the Numberwang badge to join in the colorful after-dark festivities with beautiful board artwork and remarkably enjoyable backlit LED display. The Numberwang badge itself is a clone of the Adafruit Itsy Bitsy sporting an ATSAMD21G18 CPU and running CircuitPython.…

Sure, you can play a bunch of retro games on a Raspberry Pi, but if you’re really hardcore, you build your own retro console and write your own games for it. [Nicola Wrachien]’s entry into this year’s Hackaday prize is his DIY Cortex M0+ game console and the platform game he wrote to test the hardware. The board that [Nicola] is using is the uChip, a small DIP board based around a ATSAMD21 (the same… 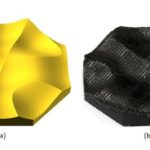 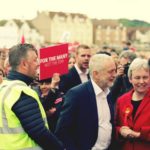 Under Jeremy Corbyn, the Labour Party plans to distribute not just wealth, but power, to working people. No wonder the bosses’ press is concerned. Jeremy Corbyn on May 20, 2017. Andy Miah / Flickr The Financial Times’ front-page headline today presumably wasn’t meant to fire up Jeremy Corbyn’s Labour support base, but there’s no doubt it’s done that. By putting an astonishing £300bn value on Labour’s worker ownership proposals, the paper has put rocket boosters…

The U.S. House Oversight and Reform Committee is investigating Georgia’s vote-counting machines’ performance in the November 2018 election. According to this story by Salon’s Executive Editor, Andrew O’Hehir, new evidence shows especially suspicious evidence about how the machines performed in … Continue reading → 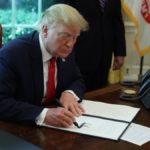 US sanctions are killing ordinary Iranians by the thousands. Through its control over the world banking system, America’s sanctioning power flouts international human rights law and poses a threat to the world. Donald Trump signs an executive order imposing sanctions on Iran in the Oval Office at the White House on June 24, 2019 in Washington, DC. (Mark Wilson / Getty Images) Iranian foreign minister Mohammad Javad Zarif recently visited the Group of Seven (G7)…