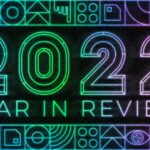 EFF and our supporters have fought off numerous wrongheaded attempts by Congress to regulate online speech, including several that we wrote about last December.
The bevy of bad internet regulation proposals coming out of Congress hasn’t stopped. In 2022, the EARN IT Act was re-introduced. This wrongheaded bill would have allowed states to strip away critical legal protections for any websites, apps, or platforms, as long as state lawmakers linked their proposals to child abuse. If passed, the EARN IT Act would encourage censorship and prod companies away from using encryption.
This bill, which produced massive pushback from EFF supporters, died in the Senate, but not before a committee vote that endorsed the bill.
Meanwhile, two laws that were…